The city council committee faced a standing room only crowd and heard testimony from between 35-40 residents on the issue of a tree/view ordinance at City Hall on Thursday, Jan. 14. Committee Chair Mike Griffiths acknowledged the interest and support for such an ordinance from the residents and asked the city staff members to research the Rolling Hills Estates tree ordinance as a possible model for Torrance.Griffiths and councilman Tim Goodrich stated that they thought there was a need for such an ordinance.
There will be a subsequent committee meeting, and then the issue will go before the city council. We do not have a date yet for those meetings, but we will keep you posted.

Have a plan for reviewing purchase offers so you don’t let the best slip through your fingers.

You’ve worked hard to get your home ready for sale and to price it properly. With any luck, offers will come quickly. You’ll need to review each carefully to determine its strengths and drawbacks and pick one to accept. Here’s a plan for evaluating offers.

1. Understand the process.
All offers are negotiable, as your agent will tell you. When you receive an offer, you can accept it, reject it, or respond by asking that terms be modified, which is called making a counteroffer.

2. Set baselines.
Decide in advance what terms are most important to you. For instance, if price is most important, you may need to be flexible on your closing date. Or if you want certainty that the transaction won’t fall apart because the buyer can’t get a mortgage, require a prequalified or cash buyer.

3. Create an offer review process.
If you think your home will receive multiple offers, work with your agent to establish a time frame during which buyers must submit offers. That gives your agent time to market your home to as many potential buyers as possible, and you time to review all the offers you receive.

4. Don’t take offers personally.
Selling your home can be emotional. But it’s simply a business transaction, and you should treat it that way. If your agent tells you a buyer complained that your kitchen is horribly outdated, justifying a lowball offer, don’t be offended. Consider it a sign the buyer is interested and understand that those comments are a negotiating tactic. Negotiate in kind.

5. Review every term.
Carefully evaluate all the terms of each offer. Price is important, but so are other terms. Is the buyer asking for property or fixtures — such as appliances, furniture, or window treatments — to be included in the sale that you plan to take with you?

Is the amount of earnest money the buyer proposes to deposit toward the downpayment sufficient? The lower the earnest money, the less painful it will be for the buyer to forfeit those funds by walking away from the purchase if problems arise.

Have the buyers attach a prequalification or pre-approval letter, which means they’ve already been approved for financing? Or does the offer include a financing or other contingency? If so, the buyers can walk away from the deal if they can’t get a mortgage, and they’ll take their earnest money back, too. Are you comfortable with that uncertainty?

Is the buyer asking you to make concessions, like covering some closing costs? Are you willing, and can you afford to do that? Does the buyer’s proposed closing date mesh with your timeline?

With each factor, ask yourself: Is this a deal breaker, or can I compromise to achieve my ultimate goal of closing the sale?

6. Be creative.
If you’ve received an unacceptable offer through your agent, ask questions to determine what’s most important to the buyer and see if you can meet that need. You may learn the buyer has to move quickly. That may allow you to stand firm on price but offer to close quickly. The key to successfully negotiating the sale is to remain flexible.

The last time the Federal Reserve raised interest rates, home prices in San Diego County were near record highs and the Great Recession wasn’t even a term Americans knew.

Later this year, however, the central bank’s Open Market Committee is expected to raise a key interest rate that has played a significant part in keeping mortgage rates at historic lows in the wake of the biggest economic downturn since the depression. It would be the first hike in what’s called the federal funds rate since June 2006, when the median home sold for $505,000 and the rate on a 30-year fixed mortgage averaged 6.68 percent interest.

Since then, the Fed has lowered the federal funds rate, keeping it at or near 0 percent since 2008. That’s translated to mortgage rates as low as 3.4 percent, with the average 30-year-fixed going for less than 4 percent for the last seven months.

The opportunity for a mortgage that cheap appears to be slipping away.

Now that the economy has improved and unemployment is at a nine-year low, economists expect the Fed to raise the key rate as early as September. The biggest question when that happens is how it will affect the housing market.

More recently, San Diego County’s real-estate market appears to be on solid footing, with slow and steady value gains. In May, the median home price rose 3.1 percent over the year to $459,000, CoreLogic reports. Higher interest rates, however, mean that borrowing money to buy a home gets more expensive, and therefore limits what a person can afford to pay. If that happens, asking prices may have to come down.

Still, local economists and loan officers say the effects will be limited for a few reasons: interest rate increases will be gradual, and there are too many other forces pushing prices upward in the county, such as low supply and high demand.

“It’s going to take that much more wind out of sale price appreciation,” said Mark Goldman, a C-2 Financial loan officer and a real-estate lecturer at San Diego State University. “Is it going to stop price appreciation? No, it will not. Prices are still going to go up.”

Lynn Reaser, chief economist at Point Loma Nazarene University, noted mortgages rates have already been going up, from 3.67 percent for a 30-year fixed in April to 3.98 percent in June. Reaser said for every 0.5 percent increase in mortgage rates that about 23,000 San Diego households, or 2 percent of the county, are priced out of the market based on current lending standards. She said, however, that the market would continue to grow.

“Incomes are now rising and potential homebuyers can adjust by devoting larger shares of their incomes to housing or by using some of their savings,” she said. “Individuals moving from one house to another are also benefiting from rising prices on their existing homes. Meanwhile, lenders have gradually eased their lending terms, although they remain much more restrictive than during the last housing boom.”

With a pending boost in mortgage rates, some have speculated that consumers will become more interested in products like adjustable rate mortgages, which initially have a lower rate — before resetting — and therefore lower monthly payment. Those types of products were used in the housing bubble that led to the recession, albeit among lower or non-existent qualification standards.

Scott Evans, branch manager of La Jolla’s CMG Financial, said he only sees demand for adjustable rate mortgages, or ARMs, on homes valued at more than $1 million. He doesn’t see that changing.

“The mindset of a consumer is still to get the 30-year fixed rate,” Evans said. “I think most consumers feel that ARM products created the meltdown, but it was really the fact that people were buying homes that they were not even qualified to buy in the first place.”

The increased lending standards are a larger impediment to home price growth than an increase in interest rates, said Michael Lea, a local real estate consultant.

“A lot of people even with the low rates that we have now are having difficulty getting mortgages,” Lea said. “We definitely have seen a slowing of price appreciation and I think that’ll continue though it’s not going to disappear by any means because of the fact that we have such limited supply.”

The limited housing inventory has been one of the reasons that prices have been rising faster than wages. The increase in interest rates could inhibit inventory even more because people who would normally list their homes to trade up may not want to give up their low interest rate, said Skylar Olsen, a housing economist at Zillow.

“When interest rates go up it’ll cause a little bit of a volatility,” she said. “I think we are very resilient and markets do adjust for that affect, and it’ll really be an issue more for those who have those low, locked in rates where they refinanced at the bottom.”

Goldman, the C2 fincancial loan officer, said a monthly payment on a $550,000 priced home would increase by $130 to $2,943 if interest rates rose half a percent to 4.75 percent for a 30-year fixed, assuming 20 percent down. He said while it could hit affordability, a buyer could pay down the rate with points — a fee equal to 1 percent of the loan amount — if need be.

The Federal Reserve’s Open Market Committee next meets July 28-29, but the consensus among economists is that the group will not make any changes to the Federal Funds Rate at that time.

Good news for Southern California Home Sales – Home prices will continue to grow in Los Angeles over the near and long term: from 2016 through 2020, prices are expected to appreciate at an annual rate of 4 percent.  Love this article from KPCC

I am not sure I agree with #8.  I believe minor kitchen remodels return over 100% in our area especially if done right.  Kelly & I have expertise in guiding our sellers in remodeling areas inside and outside of the home, to prepare them for sale to get the maximum return while spending the least amount of money.  Call us if you want to maximize your home’s sales price before you sell! 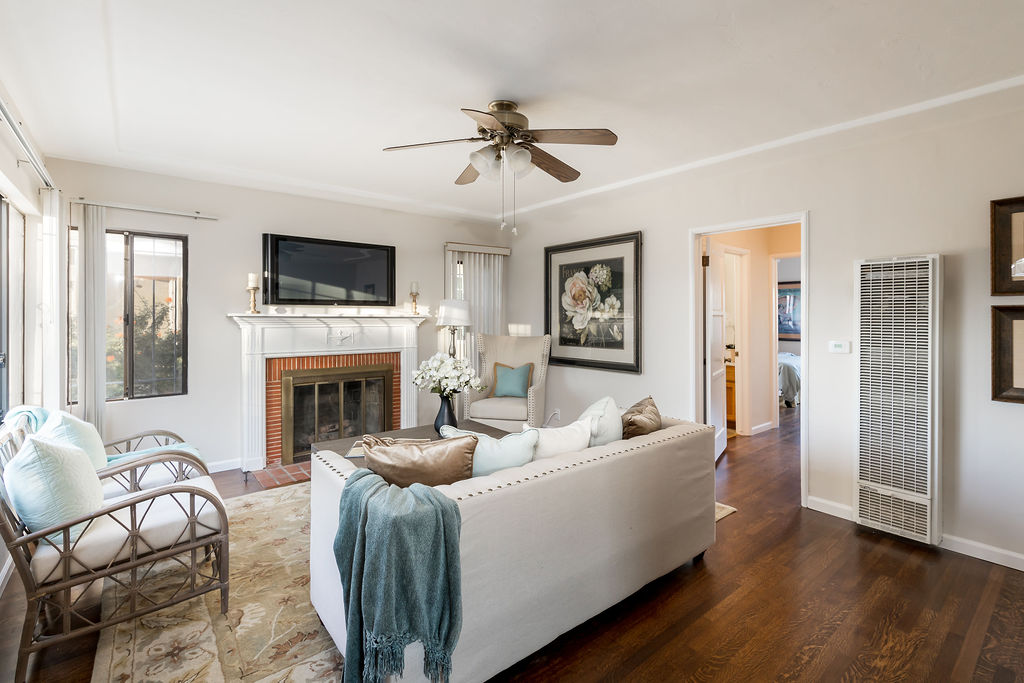